Click the right-pointing arrow to watch the YouTube video.
Posted by MEBCO sends a warning shot to IDOT (Illinois) at 9:38 AM No comments:

Click the link below to watch a video from KSDK:

MEBCO files lawsuit against IDOT
Posted by MEBCO sends a warning shot to IDOT (Illinois) at 10:55 AM No comments: 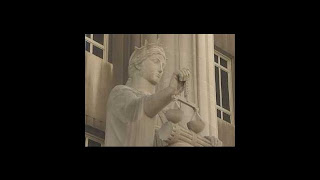 East St. Louis, IL (KSDK) - The Metro East Black Contractors Organization has filed a lawsuit against the Illinois Department of Transportation.
MEBCO will hold a press conference Tuesday to discuss the lawsuit.
Details regarding the legal action are unclear, but MEBCO is asking for $650 million in damages against IDOT, and the halting of IDOT awarding any further contracts on the Mississippi River Bridge Project.
The press conference is scheduled for 12 p.m. at the East St. Louis City Hall. Courtesy of KSDK TV 5, St. Louis.
Posted by MEBCO sends a warning shot to IDOT (Illinois) at 8:36 AM No comments:

EAST ST. LOUIS -- A planned march to protest a supposed lack of minority hiring on the new Mississippi River bridge project was averted Friday after state and city officials and local black contractors met for more than three hours.
Mayor Alvin L. Parks said the group made significant progress in the meeting, and another meeting is scheduled for Thursday. Parks said the intervention of Gov. Pat Quinn is the reason the meeting went so well. He said he believes Quinn wants to see more minorities with the opportunity to get jobs in their own back yard.
Bill Mason, president of the Metro-East Black Contractors Organization, said he felt better than he's felt in a long time.

He said he wants the graduates of the Highway Construction Preparatory program, which is paid for by the Illinois Department of Transportation, to get apprentice jobs so they can learn under journeymen, get paid and have a union card so they can have benefits for their families.
Mason, Parks and other city and MEBCO officials discussed a target minority program in which contracts would specifically seek out black and other ethnic groups. There would be another contract for women.
"We want to make sure we communicate with contractors and contractors communicate with the unions to request more blacks and other ethnic groups," Mason said.

Eric Vickers, legal counsel for MEBCO, said the group discussed the project labor agreement. "We want them to call for a greater percentage of minorities," he said.

Vickers said only 7 percent of the dollar volume for the project has been for minority contractors. He said Quinn's office agreed that number is too low.

Ann Schneider, acting secretary of the Illinois Department of Transportation, and three others arrived at the East St. Louis City Hall building via the rear door, and were escorted to the elevators by police. The group left the same way.
IDOT later released a statement: "IDOT and representatives from the Quinn administration held a productive meeting today regarding the Mississippi River Bridge project with East St. Louis Mayor Alvin Parks, metro-east area officials and community organizations. We look forward to continued productive meetings with the delegation. Diversity in state contracting and hiring for public works projects is a top priority of IDOT and the Quinn administration."The Illinois Department of Transportation said that, as of Aug. 29, minority workers made up about 35 percent of the total workers on the bridge project, which is higher than the federal goal of 14.7 percent.

About 200 protesters gathered at East St. Louis City Hall early Friday morning with the intent of marching to the construction site and shutting down the work there.
"We want to go to work. We want to go to work. No justice, no peace. Shut It Down. Shut it down. What do we want? Jobs. When do we want them? Now," the protesters shouted inside the City Hall rotunda. Then, they hopped on elevators and climbed the stairs to Parks' office where they continued their chants and pleaded with Parks not to wait on a call from Quinn. Several protesters said they had little patience for more talk.
Quentin Phillips, 14, said he needs a future in his city.
"My father went through this and my grandfather went through this. I don't want to also," the teen said.
Others complained of getting to union halls at 4 a.m. and 5 a.m. and sitting all day for work that never came their way or went to white workers. Many said they have been doing this for years. They complained of not being able to get union cards, while whites are frequently able to get them.


The protesters said they watch daily as one white person after another, including women who are considered minorities, walk out of the hall with job assignments.


They said shutting down the bridge project was only a last resort after IDOT negotiators walked out of a session after putting a proposal before the Metro-East Black Contractors Organization, pastors and other city leaders who were supporting MEBCO.


The protesters said Quinn had time to get involved and did not. But Parks was able to convince them to stand pat until after an 11 a.m. meeting. Parks announced, at 9:23 a.m., that the call he had been waiting on from Gov. Pat Quinn came through and Quinn promised the 11 a.m. meeting would be decisive.
Quinn, who is in China on a trade mission, sent his representatives, including Darryl Harris. He was joined by officials from IDOT. When they emerged from the closed-door meeting, none talked to reporters. Parks, area ministers and elected politicians from other cities surrounding East St. Louis and leaders of the Metro-East Black Contractors Organization had a news conference and talked positively about the meeting.


Parks said a representative from the governor's office was on the phone during the meeting. When they emerged, they called the meeting "fruitful," unlike the Aug. 29 meeting when IDOT officials laid out their position and walked out without allowing the MEBCO and city leaders to lay out their issues.


Parks said he and the other leaders expect to see more progress when they meet again Thursday afternoon.


IDOT has maintained minority hiring guidelines are being exceeded on the bridge. Contractors claim the federal guideline mandate of 14.7 percent minority participation on government projects is outdated and that workers from distant communities are taking the jobs local residents should have. Courtesy of Belleville News Democrat
Our Message and Attitude of Protest is "If We Can't Work, You Can't Work"
Posted by MEBCO sends a warning shot to IDOT (Illinois) at 12:13 PM No comments:

Posted by MEBCO sends a warning shot to IDOT (Illinois) at 11:59 AM No comments:

There will be a rally as a precursor to the New Mississippi bridge protest that will be staged on September 16, 2011 to stop work at the bridge. This is in response to the lack of jobs for East St. Louis residents while IDOT spends nearly $335 million federal dollars for the project. IDOT caves in to racist unions and oppressors of the residents of East St. Louis.


IF WE CAN'T WORK YOU CAN'T WORK!
Posted by MEBCO sends a warning shot to IDOT (Illinois) at 4:12 PM No comments: 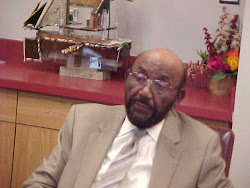 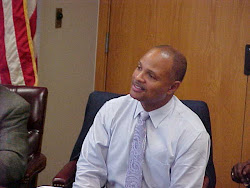 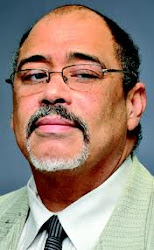 MEBCO Attorney Eric Vickers. " We know how to litigate, blog, and protest to fight racism and injustice.

But African Americans on the Illinois side can't get jobs!

IDOT won't give the 170 HCPTP graduates work on the Mississippi Bridge Project. This is injustice. 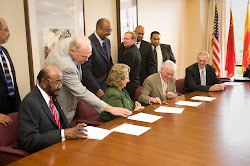 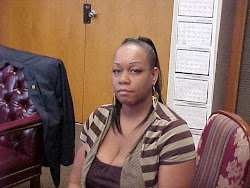 Program graduate Tiama Dent is among the graduates looking for work, “We worked our butts off. We want the same opportunity that they have.” IDOT Signed $2M HCPTP Agreement with SIUE SWIC and MEBCO to train Ms. Dent and other graduates. But IDOT can't give them jobs!

Shame! Shame! to IDOT for caving in to Racist Unions to denie African Americans jobs.

Protest, Lawsuit, and Blogging are effective weapons against racism and injustice. 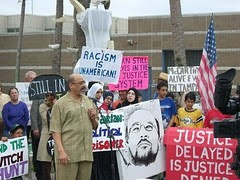 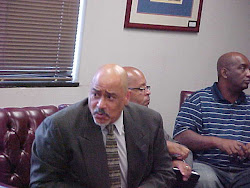 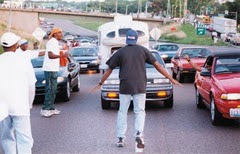 A memorable picture from the I-70 shutdown in St. Louis. 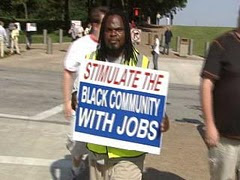 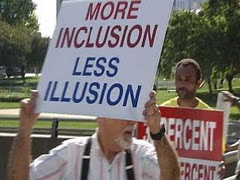